The only Hostel in Granada with an app where you can find exclusive routes, guidance, help, the best places to visit and much more!

You’re the most important thing to us. 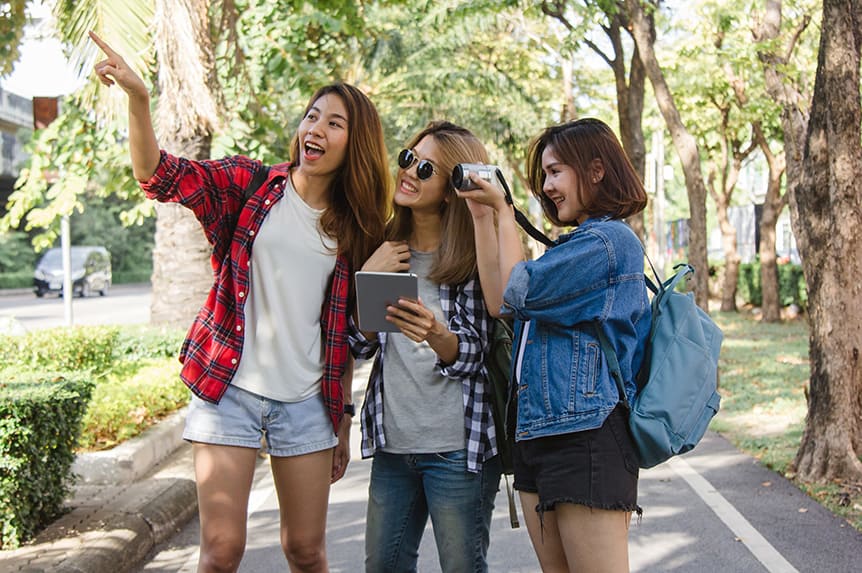 That´s why we have built a hostel in Granada where you can rest and meet people from all around the world with whom you can share your experiences and activities. 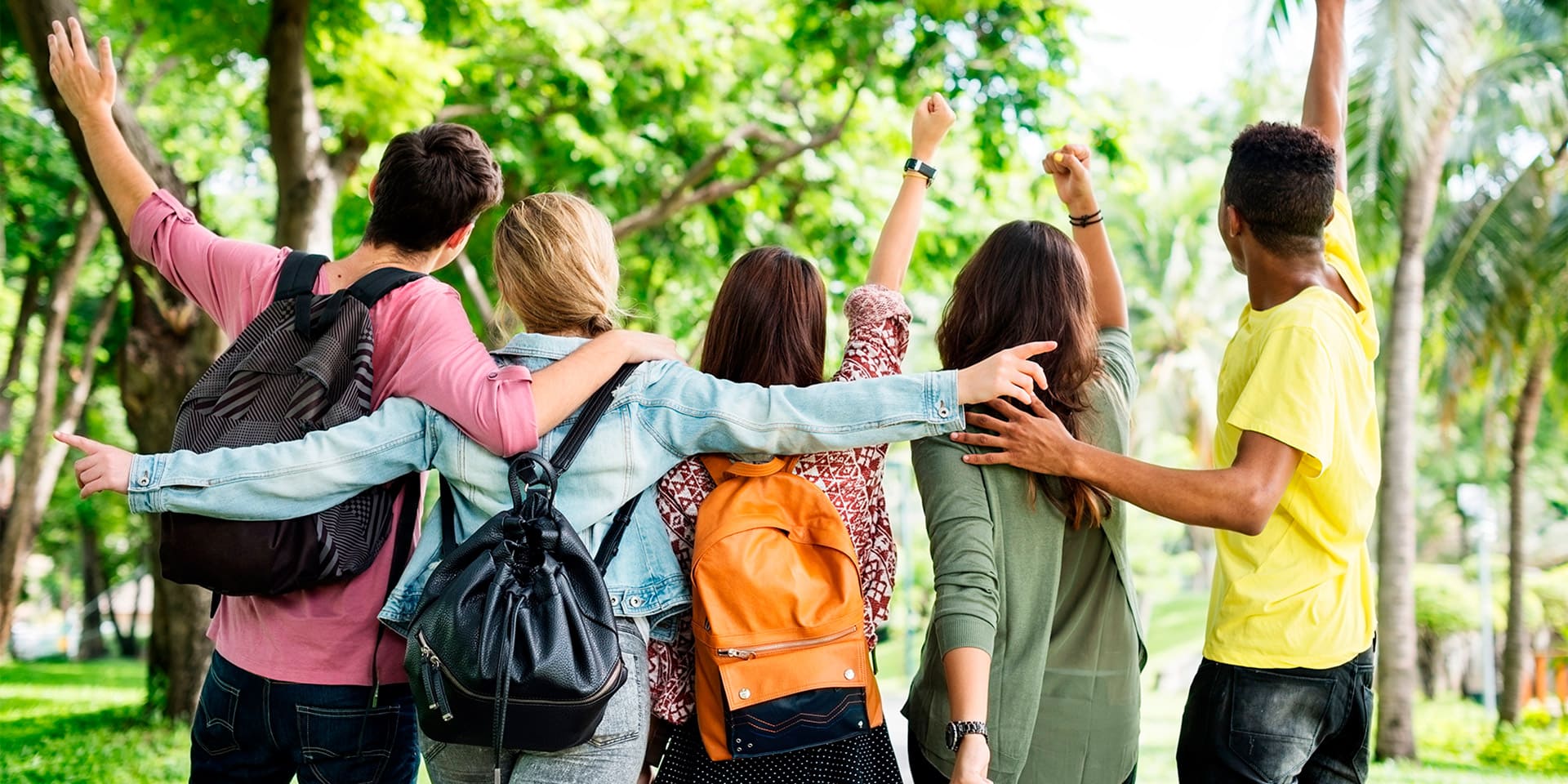 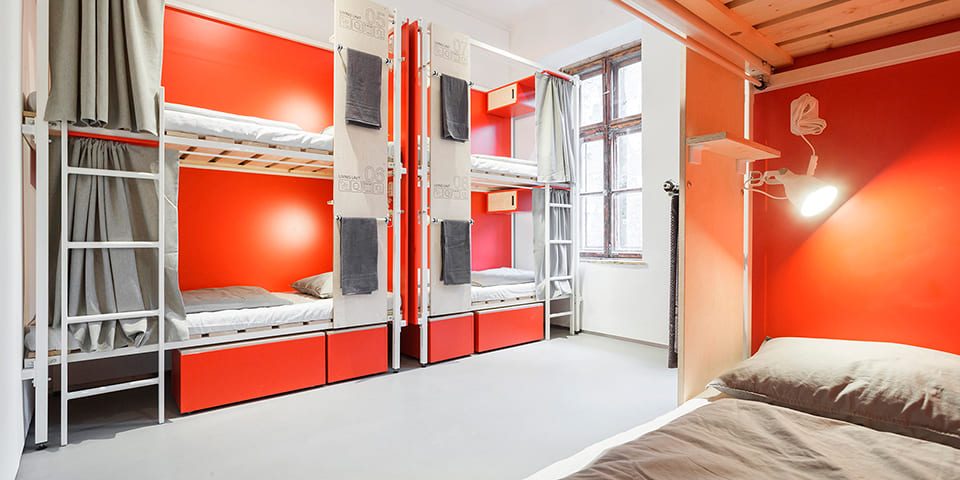 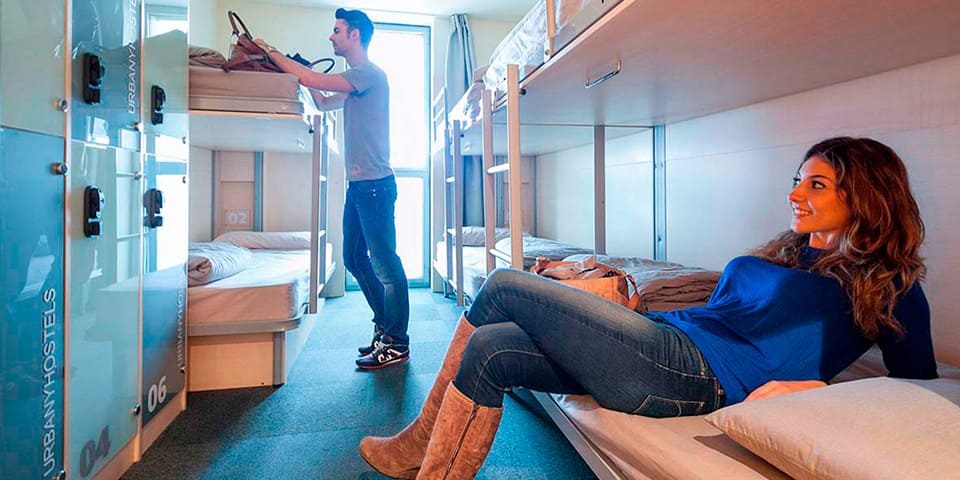 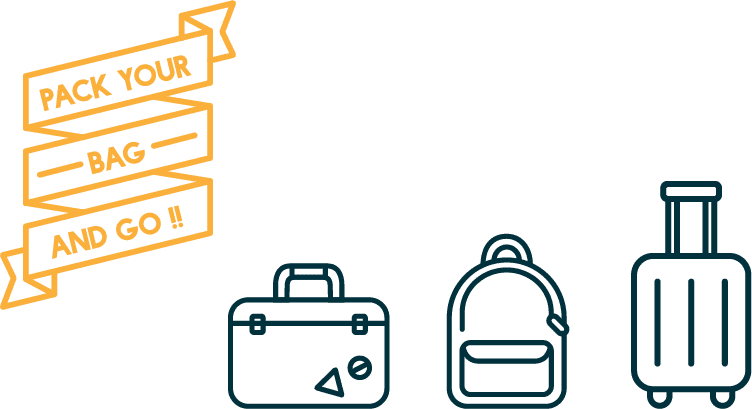 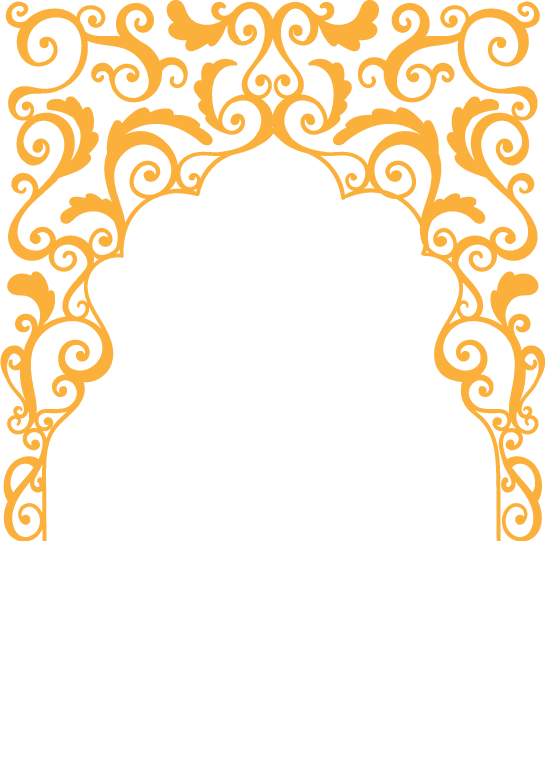 Our Hostel provides technology and comfort in an exclusive location. In the centre of Granada.

Hostel in Granada, in the Realejo area, heart of Granada´s old town, the most popular area in Granada.

With our app you won´t need a guide, or to ask anything! We will show you the best of Granada. 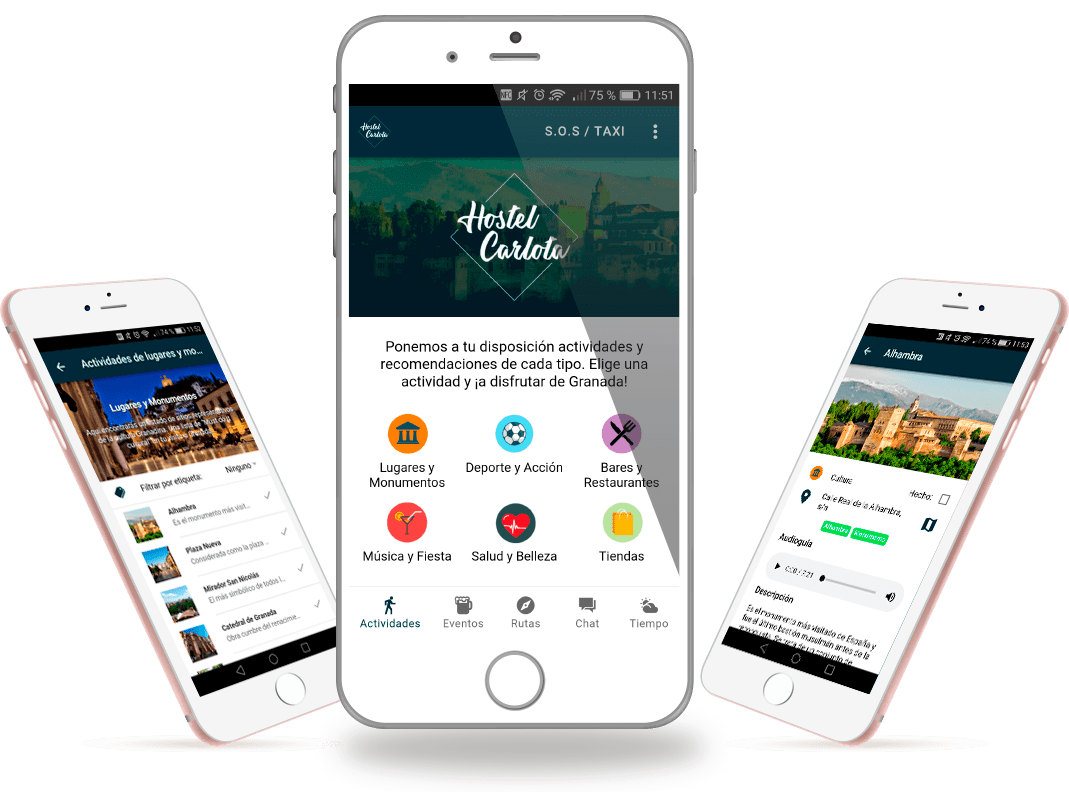 In our hostel in Granada Carlota’s Hostel we have one objective: that you have the best stay of your life and you leave with such a good feeling that all you can think about is returning.

As travellers we know what your needs are when you are away from your country, city, area, etc. When you travel to a foreign country it’s important to return satisfied that you haven’t missed seeing anything, tasting anything, visiting anything, etc.

In order to fulfil this we have created an app from which we can show you all the places, corners, museums, shop, bar and restaurants with Granada’s DNA, or as anyone from Granada would say: “De Graná Compae.” In addition to this, and with the help of Granada’s experienced guides, we have prepared an array of routes in the city of Granada so that you can find the spots and places that might otherwise be impossible without the help of a professional. 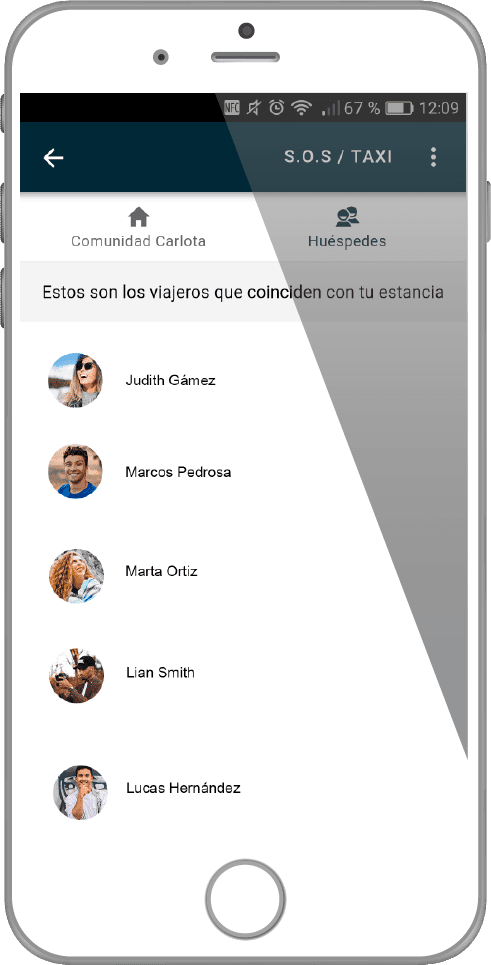 We have experienced ourselves the ambiance created when people from different countries, or even the same country, meet in a foreign country or a different city. It creates the feeling that only those people matter, doesn’t it?

Because of this, we have prepared a chat in our app through which you can meet the travellers that will stay in our Hostel at the same time as you, so you can make plans together, even meet and chat before coming to our Carlota’s Hostel. Wouldn’t it be awesome if a month before you leave you already knew who you will meet?

Granada is a city with many events, music, tapas, theatre, etc. So that you don’t have to search for them, we have created a list of events and fun offers ordered by date in our app, so that you can be up to speed on everything going on in Granada, as well as in Carlota’s Hostel, as we offer live concerts and performances almost every day.

Granada is a very safe city, you can stroll peacefully around at any hour. Even so, with the app you can be connected to all the emergency services that you might need: the police, the ambulance, taxis and even your own Hostel. 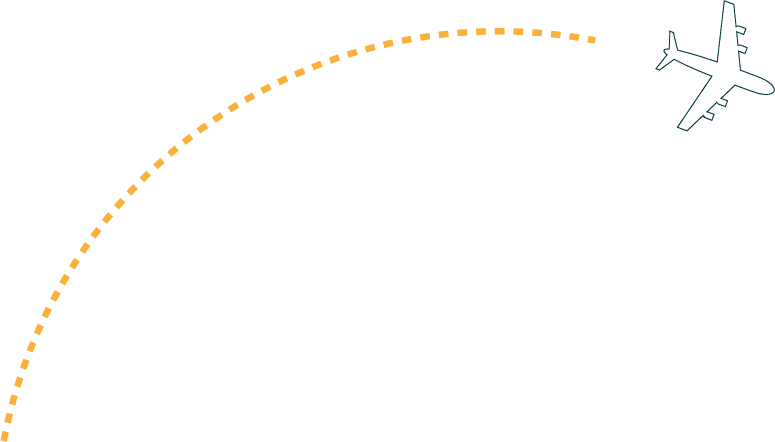 At the foot of the Sierra Nevada mountain is Granada, the city millions fall in love with. The Moorish past, present in the Alhambra, attracts millions of tourists from around the world every year excited to learn about its heritage and cultural mix. But Granada is more that the majestic Alhambra.

Granada expressed the essence of its past through its streets, its neighbourhoods and its hills. A stroll through the Albaicín and the Sacromonte is essential to discover life in centuries past and also the present of its inhabitants. These neighbourhoods hang from the hill, where houses have been excavated and paths have been made from rocks, which hide you from the harsh midday sun. There you will find ‘cármenes’ that bring back old times and the smell of jasmine, that allow you to understand why the Albaicín, just like the Alhambra, is part of the UNESCO World Heritage.

In the Jewish neighbourhood of the Realejo, where our Carlota’s Hostel is located, the most important thing is to lose yourself in its streets. From there, you can walk up to the Carmen de los Mártires, and uncover its garden with its poetic alcoves and where you can breathe in great tranquillity.

The Christian legacy in Granada also has great influence over the city, and visiting the monasteries and the cathedral is a must do. One of the hidden gems is the Monastery of the Cartuja, which hides great beauty inside. Another place with a great historic and artistic background is the Capilla de los Reyes Católicos. These are only examples of the temples you can visit, because as you stroll around Granada, you will find many buildings to admire, even if only the façade.

Are you looking for a Youth Hostel in Granada?

Your search is over! Our hotel is minutes away from the most emblematic spots in the city.

Are you looking for a youth hostel in Granada?

Your search is over! Our hotel is minutes away from the most emblematic spots in the city. 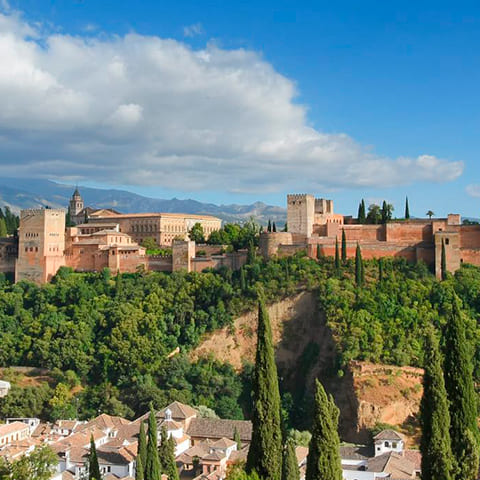 In the Carlota’s Hostel you have everything: location, style, live music, good food, drink, etc … What else do you want? 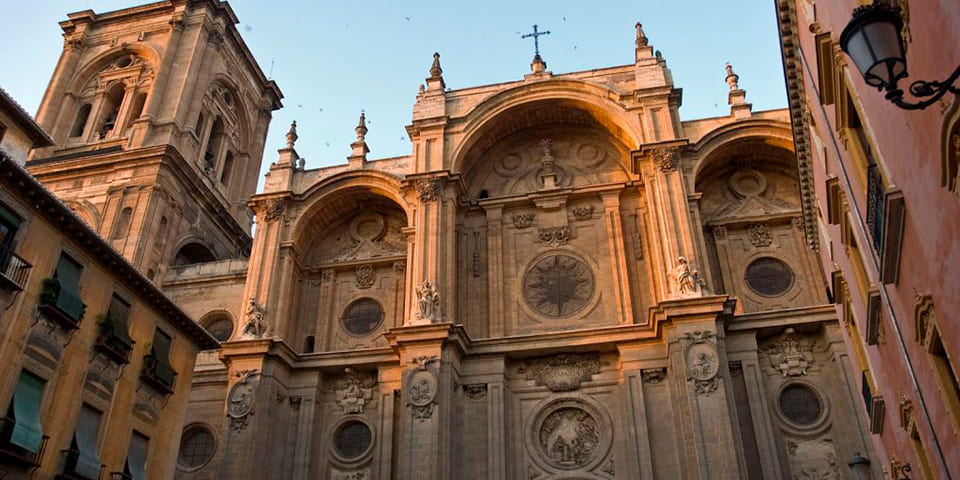 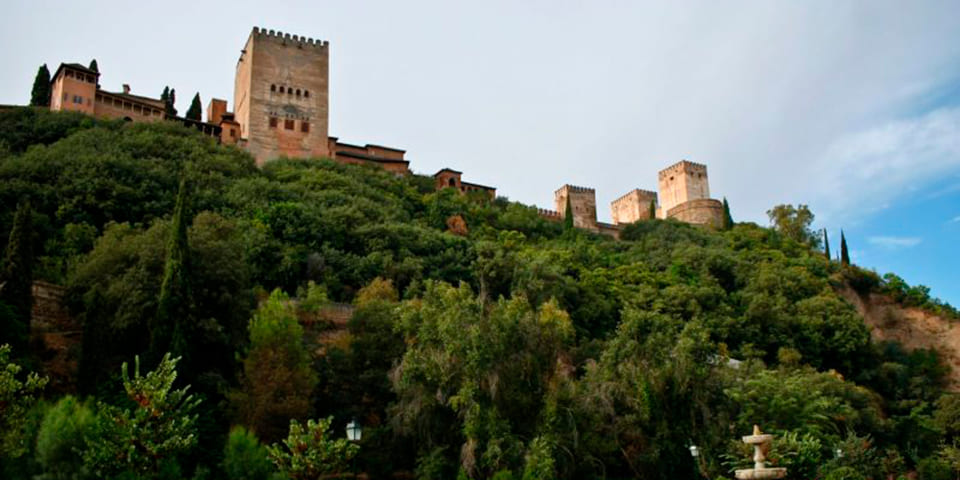 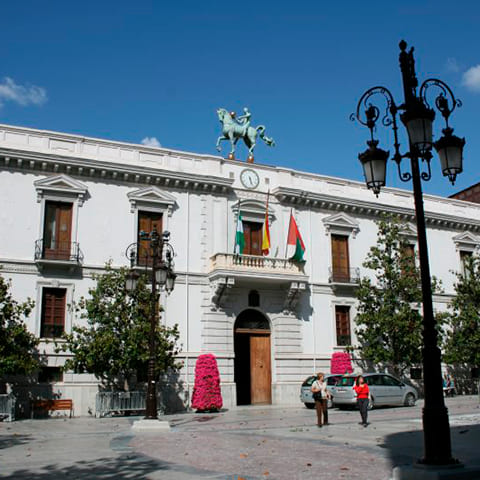 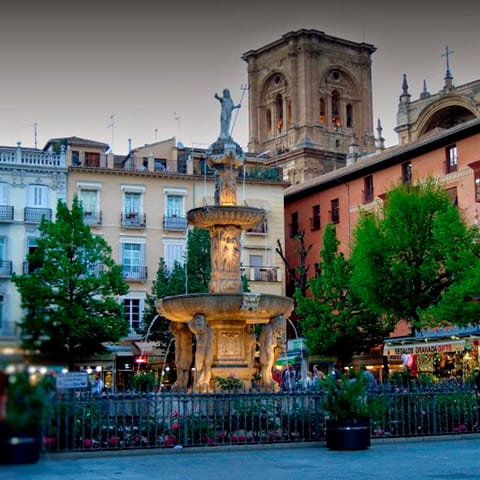 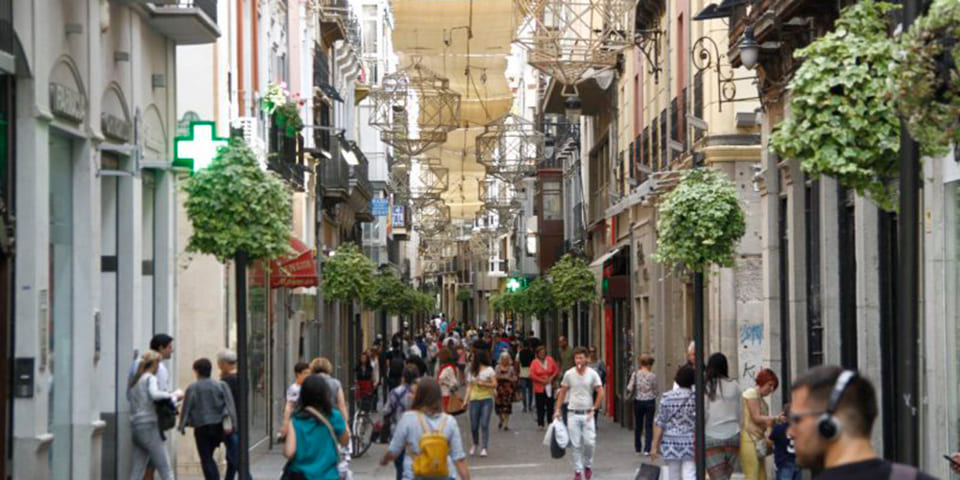 What makes our hostel in Granada different? 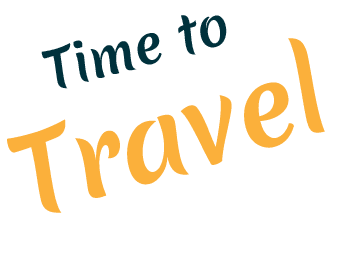 Our hostel in Granada is born from travelling and discovering how these establishments turn a stay or a journey into something magical. It allows you to meet other traveller and interact in a way that perhaps in a traditional hotel is more complicated.

After searching and visiting hundreds of building and houses all over Granada we discovered Calle Molinos nº5, a lucky, and we immediately fell in love. It met 100% of our requirements. We quickly began designing everything you see now. We wanted something that we felt proud of and that transmitted our core values.

We respect the environment. Our hotel has been designed to have the best insulation, both thermal and acoustic, to stop hear escaping in the winter, remain cold in the summer and stop noise from travelling in from the exterior and between the different areas in the hostel, avoiding a large consumption of electricity and gas.

Technology. We believe that technology must be used to bring together people, and with our app we take the bonding between our guests to the next level.

Innovation. If we were sure about anything, it’s that we wanted to make the stay at our hostel something different, unique. Take the concept of renting a bed to another level.

All our room has:

What makes us different?

Our own app with tips and routes around Granada

Located in the centre of Granada

We sell tickets for monuments and performances

The Hostel La Carlota has:

Rooms only for women

What makes us different?

Our own app with tips and routes around Granada

Located in the centre of Granada

We sell tickets for monuments and performances

Rooms only for women

Some of the questions that our travellers have asked

Do the rooms have bathrooms?

Do the beds have bedding?

Yes, our clients don’t need to bring any kind of bedding, as we provide our own bedding.

Do the rooms have heating and air conditioning?

Yes, the rooms have a heating and air conditioning system.

Are there any female-only rooms or are they all mixed?

f you don’t want to share your room with men, the hostel has women only rooms for up to four people.

Is there room service?

The hostel doesn’t have room service but on the ground floor we have a restaurant where you can eat and drink whatever you want. Our specialty is chicken and fried chips.

Are there wardrobe/lockers in the rooms?

In the rooms we don’t have lockers as such but we do have a space where you can leave your suitcase with a lock for our client’s security.

How can I find out about the events in Granada?

In Carlota's Hostel we have an in-house app for mobile where you can find a wealth of information about the city: monuments, schedules, where to buy tickets, and of course, a guide to all the cultural and leisure events going on in the city at that moment.

In the case of an emergency, who can I contact?

In our hostel’s app we have a section where you can find the main emergency numbers. In any event, here is the list of the most important ones.

What is the best method of transport in Granada?

Granada has a good transport system. The buses are always a good option and you can travel the city with no issues. There also a tram/underground, that has one line that cuts through Granada from south to north. But the best way to discover Granada is by walking, to enjoy all its spots and viewpoints which, without a doubt, will leave no visitor indifferent. 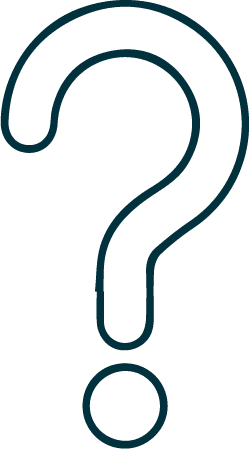 Our Hostel according to you: 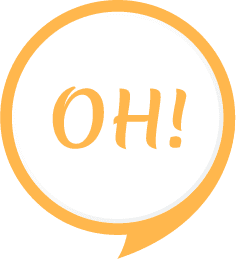 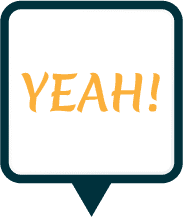 After reviewing several pages of hotel reservations, I decided to stay in a hostel in Granada, especially since I had a very limited budget for the trip. After reading several reviews, I booked the Carlota's Hostel and it was certainly a wise choice. From the moment I arrived, the service was fantastic, the recommendations I received to visit the city were great and the rooms had a design that many hotels should imitate. So it is a good memory from one of the best trips I have ever made. Highly recommended.

DEBORAH C. COCKRUM
When visiting Granada I was obsessed with finding a place to stay that was well located so that I could move around the city without any problems. With a perfect location, the Carlota's Hostel is 10 minutes from the Alhambra and 5 from the Cathedral of Granada, in one of the oldest neighbourhoods of the city. Also the area is very quiet to walk around and get know what the city really is like. We loved being able to spend our holidays in a place with the essence of Granada. In addition, thanks to the location, we were able to rest from the huge walk we went on and then continue our visit. Without a doubt it is the best hostel in Granada.

MELANIE HENRÍQUEZ FLORES
One of the reasons why we decided to choose the Carlota's Hostel is because it had a restaurant as one of its facilities, and we wanted to try traditional Granadan food. We liked the decoration of the place, the service and the recommendations they gave us about what we could eat. Also the price was more than reasonable for everything we ate. The hostel had clean rooms and the beds were very comfortable, where we could rest after spending all day walking around the city. I don’t doubt that there are other hostels with similar offers but the Carlota's Hostel fully delivers. Next time we are in Granada we will be staying here.

FELIPE CAMACHO RUBIO
We chose the Carlota's Hostel because we thought it was a good place, at a good price and we were not disappointed. It is located in the perfect place to visit the city on foot, the rooms and common facilities were clean and tidy, and the treatment of the staff was perfect. We were also surprised that it had an application where they give you advice on things we could do in the city, secret routes that not everyone knows, cultural activities that were going on and much more. We left with the feeling of not having missed anything. Possibly the best hostel in Granada and at the same level as the most well-known hotels in Granada.

In our blog we try to keep you up to date on everything related to Granada, from a tourist’s point of view.

How to get to our hostel

Don’t forget to download our hostel in Granada’s app! 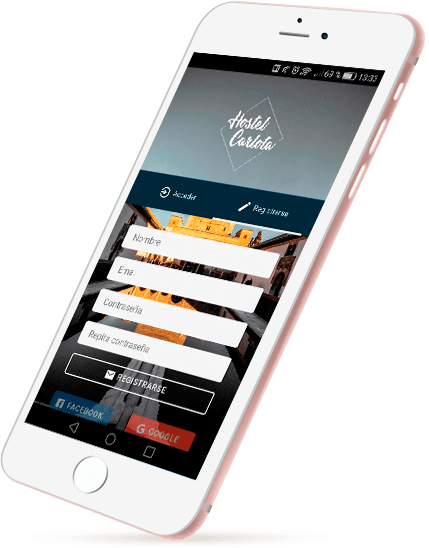